Nereis is a band recently signed by Eclipse Records (this past January), and their album Turning Point had its worldwide release June 8th, 2018. A celebration this must have been! It is a thing of wonder to be a part of something right at the moment it starts peaking, and I would strongly suggest giving this record a listen. Formerly known as “Black Star”, this heavy rock and metal band from Trento, Italy has come into their own, and the primary indication of this on first hearing is illustrated in the song-writing. In other words, when their intro’s grab you by the front of the shirt and toss you into musical pathways you didn’t expect, but immediately love, you know that the men behind the changes knew 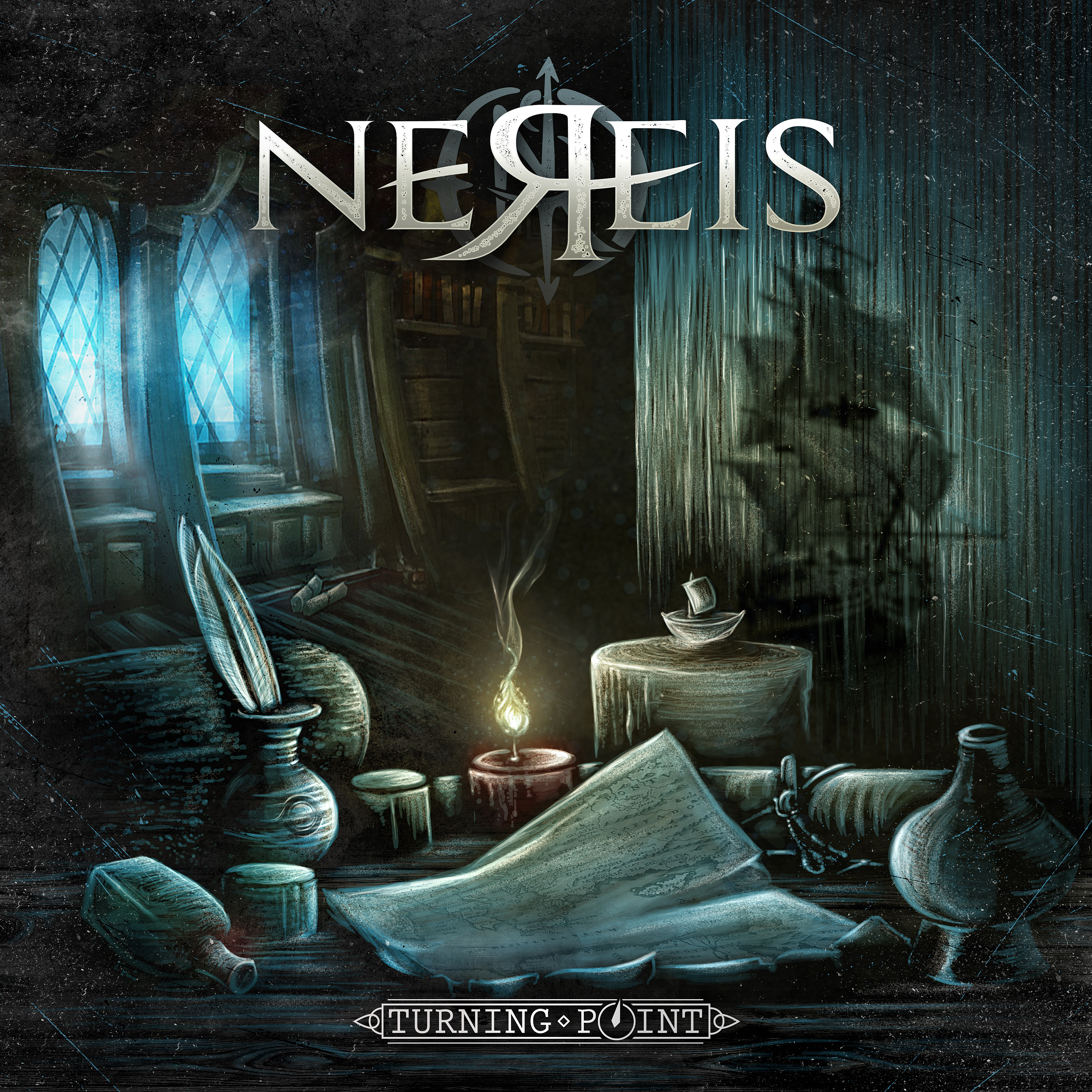 exactly what vision they wanted to construct. When the guitars work together for a sweet combination of potent rhythm and colorful harmonies and solo work… totally original yet somehow rich and familiar… your initial feelings are clarified, and when the vocal turns shadows in your mind to form, and memory to portrait like an artist with a brush, all is confirmed. You bought the right album. You just have to wonder where these guys have been all this time.

Nereis are Andrea Barchiesi on lead vocal, Mattia Pessina on guitar, Samuel Fabrello on guitar, Gianluca Nadalini on bass, and Davide Odorizzi on drums. And besides the pure confidence this project plays with, I might circle back a moment to argue that there is a subtle yet ultimately powerful aspect of the overall presentation in the vocal. Barchiesi, quite plainly, does a whisper-growl in some of the verse work (as in their awesome single “Overdrive”) that is mesmerizing. It sets up the dynamic of using his rich tenor voice in multiple techniques, scales, textures, and patterning off the smoothly executed foundational platform, that which in itself is wonderfully ornate. This exemplifies and defines the old idea of offering a product where we don’t know where it’s going, but it always gets there. In exemplary fashion.

Layered under this is a rhythm section that in many places makes “Overdrive” sound like a movie soundtrack: crisp, surprising, tight, and ultimately dramatic. The guitars are stunning at times, often in harmonies we don’t expect, and other times blisteringly explosive like fireworks. This band has more than personality. It has professional swag that brings out our personality, and that doesn’t come from just “branding” and “good marketing.” There’s a bit of magic involved. But this kind has nothing to do with child-like spells and fictional charms. It’s called the “X” factor. Yes. It is a cool label. It sounds bad-ass and it’s meant to.

I listened to another cut off this album called “Two Wolves,” and was equally impressed. Sometimes metal bands sound rather mechanistic, as if the idea of “difference” has been sacrificed for the glory of the perfect machine, but Nereis creates epic soundtracks (if you will) that are as different as bright stars and thunder. “Two Wolves” is more of an upbeat tune, akin to Saturday mornings and getting pepped up, where “Overdrive” is the theme music you save for the times when you stand up and fight. No wonder the “Two Wolves” video is represented by still animations and “Overdrive” reminds us of Rocky.

I am a Philadelphian. I just saw The Eagles win their first Super Bowl. Listening to Nereis felt like that.

Have a look to the original review on metalheadsforever.com

Review – The Doorway To