1. Tell us about the Metallic Hard rock styling of Nereis and how it came to be?

At first, when we recorded the EP “From The Ashes” in 2014, we were inspired by old school metal, we took some influences from the 80’s heavy metal.
Now, we think our style comes from a mix of music genres, due to our different music tastes. In fact, Andy, our singer, likes prog rock and metal, me and Dave, the drummer, love the modern and “huge” wall of American sound, Pex, the other guitarist, comes from a pop-rock music experience, and Gian, the bass man, likes to listen to thrash and death metal.
In general, to define ourselves is like to confine ourselves, that’s why I prefer to let our listeners do this… not so long ago, our friends told us that they heard some Queen influences in Turning Point. Woah, that’s awesome! I have never thought of it before.

Of course, I’d say Alter Bridge and Iron Maiden, just a mix of modern and classic metal.
Not to mention, Saxon, In Flames, and why not, the monsters of rock Freddy Mercury and Queen, as our friends said 😉

3. How did you come to sign and work with Eclipse Records? 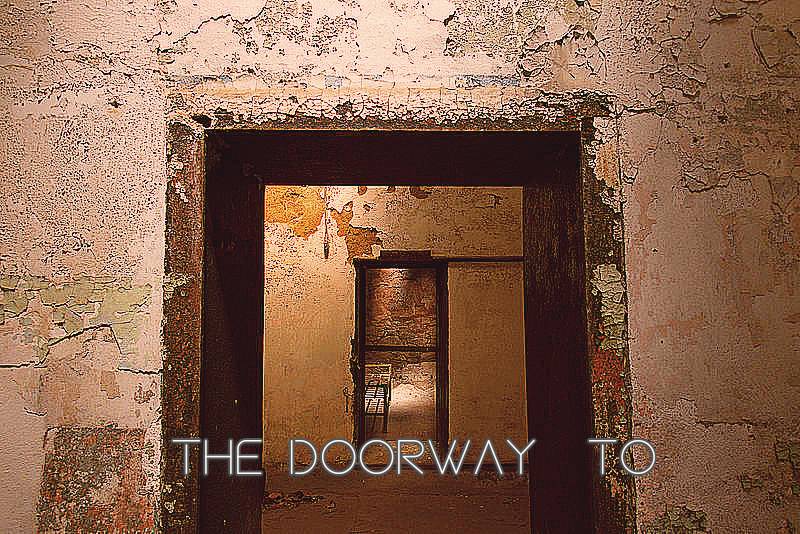 I clearly remember that day, it was the end of Summer 2017 and we had just finished recording Turning Point. I remember I was wondering: “ok.. but now? What are we supposed to do?”. I knew Eclipse Records, they signed with other Italian bands like Genus Ordinis Dei and Sixty Miles Ahead, and I definitely wanted to work in the US, so I tried to send them our stuff.
A couple of days later, we received a contract proposal… we were absolutely thrilled, glad and proud about it.

4. How has the digital age changed they way a Indie Heavy Rock band get the music to the masses and exposed to the world?

Internet has given the chance to everybody to spread their own music. Sure, THAT’S a good thing, but on the other side, it became harder making yourself known by the public. According to an article on cnet.com, three years ago there were more than 45 million songs on iTunes and more than 35 million songs on Spotify.

5. How does the artwork for Turning Point play to the theme of the album?

The concept of this album comes from the 1800’s maritime environment, and we like to think at our band as a galleon ship. The “Turning Point” is exactly the moment when the ship Nereis with its crew changes course to follow what will bring it towards its future. We had a sort of inspiration: a small toy boat enlightened by a candle that projects the shadow of a great sailing ship on the wall behind. That is a metaphor to point out that everyone, even if lost in the storm as a small boat, hides a grater potential inside of himself.
When we gave to Dani Hofer from Archetype Design these few inputs, he had already the idea of the album cover in his mind.

6. What bands are impressing the members of Nereis currently?

As I said above, I’d say Alter Bridge, In Flames and Iron Maiden. But I have to mention also Nickelback, Avenged Sevenfold, Shinedown, Judas Priest, Saxon and Accept. There are many other bands I should mention, but these are the main ones.

7. How is the live show different from the album and are the songs performed differently live at all?

“Technically speaking”, we have tried to improve our live performances introducing new technologies, such as backing tracks, in order to play songs like Induced Extinction, Breaking Bad and Overdrive as much similar as we recorded them.
“Emotionally speaking”, I’d say that if someone come to see our live show, the first thing he can see and feel is definitely our passion and how much we are enjoying our time on the stage… well, we are trying to do this and we hope our listeners can feel it.

8. The video for Overdrive is impressive. Why was that song picked for 1st video and if you could do another which track would the band want to use?

Actually, Overdrive is the third video we’ve published. The first one was Breaking Bad and the second one was the lyric video of Two Wolves.
We chose Overdrive because, in our opinion, we had to make a video on it due to its main theme. In a verse, Andy says “push yourself to the limit, press the accelerator, crazy move, tear down the wall”, and, as you maybe understand, this is a link to the racing cars world. Three of us love motor races, but shooting a video in a race environment was too expensive, so we chose boxe, which often implies pushing yourself over the limit.

9. How does Image play a role in to bands over all style?

In my opinion, image is less fundamental than the music you propose. I mean, images comes right after music. It is like a sort of support to your music and if you propose good music, a good image can only help you, otherwise it may be not enough.

10. What is the music scene like in Italy where you’re from?

We are Italian, from a small city in the north of Italy, and as it often happens in small cities, the music scene here is quite weak. In general, in Italy it is quite weak. You know, AC/DC said “it’s a long way to the top if you wanna rock ’n’ roll”… well, in Italy it’s more than appropriate, unless you are already in the circle of famous bands.
Talking about pubs, unfortunately they keep becoming fewer and fewer and therefore the chances of playing and spreading our music keep diminishing too. This is why we are trying to play abroad and export our sound around the world.

11. If you could tour with any band which would it be any why?

If I were Gian, our bass-man, I’d say Accept or Saxon. I love Accept and Saxon too, and if someone told me that tomorrow we leave for a tour with one of these two bands I think it’d be the best thing that could happen, but personally I’d say Alter Bridge or Shinedown. In particular, playing with AB and meeting Myles Kennedy is a dream that I have since when I was at school.

12. Do the members of Nereis play in other project if so let us know about them?

Yes, Andy is working with a couple of tribute bands of Pink Floyd and Iron Maiden, and Dave is also the Skanners’ drummer. Skanners are an Italian heavy metal band since 1982. In more than 30 years, they have played with many of well-known bands, like Deep Purple, Motörhead, Girlschool, Saxon, Dio, Twisted Sisters and Helloween, and they’ve released 8 albums. They are quite famous in Italy and Germany.

13. In 5 words explain the band to someone that is about to listen for 1st time?

Not so easy… let me think… “five guys together to do some old modern metal” is too long? 🙂

14. Thanks for the time any closing thoughts here..

Thanks to you for this interview and this chance. See you soon on stage!